Lisa Lindsley, the Gardiner Democratic Committee’s endorsed candidate for Town Supervisor, has released a new video featuring a discussion with retired SUNY New Paltz political science professor and longtime Gardiner resident, Glenn McNitt.  In the video, Lindsley and McNitt talk about the importance of getting involved in the democratic process and the Democratic values they both have been fighting for for many years.  Lindsley also outlines the principles on which she is running for Supervisor.  Take a look:

The Gardiner Democratic Party will hold its nominating caucus on Friday, July 14 starting at 7:00 pm and going on until all business is completed (estimated 8:30-9:00 adjournment).  The business of the caucus is to decide who will represent the Democratic Party on the ballot on November 7 for local town positions.  This is an opportunity for those registered as Democrats in the town of Gardiner to get directly involved in the democratic process.

Last month, the Gardiner Democratic Committee endorsed candidates for town offices whom it thought would best represent local Democratic values.  Those candidates are:

(The Committee also endorsed Tracey Bartels for re-election to the County Legislature.  However, Tracey will gain access to the ballot not through the caucus, but through a petitioning process currently underway.)

The Committee-endorsed candidates do not automatically get on the ballot.  They first must prevail at the July 14 Caucus.  At the caucus, all candidates—those who have been endorsed by the Democratic Committee and those who have not been so endorsed—will have an opportunity to speak. After speeches, registered Gardiner Democrats in attendance will cast their ballots and the winners will get the party’s nomination and be placed on the Democratic line on the November ballot.

Any of the Committee-endorsed candidates could be challenged at the caucus by other Gardiner candidates wishing to get on the ballot.  At this time, the Committee is only aware of one challenger to our endorsed candidates: Marybeth Majestic, the current Town Supervisor, is expected to challenge Lisa Lindsley for the Town Supervisor nomination.  It is also expected that Ms. Majestic will seek the Republican nomination for Supervisor in 2017.  Ms. Majestic, though a registered Democrat, ran and won on the Republican line in 2015.

Those who have attended the Gardiner Democratic Caucus in years past have been both impressed and excited to see, and be part of, the nuts-and-bolts of the (small-d) democratic process in action.  At a time when that democratic process is being attacked at the national level by a hostile foreign power, we hope that Democrats will get “fired up” and participate in making that process a success right here in Gardiner!

Lisa Lindsley, the 2017 candidate for Town Supervisor endorsed by the Gardiner Democratic Committee, has released a new video introducing herself to Gardiner residents who may not know her.

If we saw you at Yard Owl, thank you!  Our fundraiser was a huge success!  We introduced our candidate for Supervisor, Lisa Lindsley and re-introduced our Town Board candidates, David Dukler and Warren Wiegand.  Six challengers to John Faso were also on hand. It was an exciting and hopeful day. 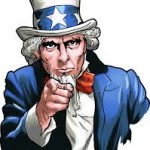 I Want YOU to attend the Gardiner Democratic Caucus!

We’re writing to ask you to SAVE THE DATE!  We need you at Gardiner Town Hall for an hour or two on Friday, July 14th at 7 P.M.  As a member of the Gardiner Democratic Party, you have a vital role to play in endorsing our candidates for the upcoming November elections.

Local elections are the basis for all others and whom you elect in Gardiner will determine whether Democratic values inform the local laws passed here.  The Supervisor and Town Board members you choose make appointments to the various commissions and committees that make up our town government.  It is essential that these appointees reflect our progressive values as they deal with environmental, development and ethics issues.

These are quality of life issues for all of us and we need you to weigh in as to who serves as Supervisor, two Town Board members,  County Legislator, Town Justice, Highway Superintendent and Town Clerk.  Your vote is your voice and we want to hear it!

It’s time to rebuild our democracy from the ground up and we cannot do it without you!

On Thursday, May 12, at its regular monthly meeting, the Gardiner Democratic Committee endorsed a slate of candidates for the upcoming Town elections in November. The candidates are: Lisa Lindsley for Town Supervisor, David Dukler and Warren Wiegand for Town Board. Other endorsees include Tracey Bartels for Ulster County Legislator, Robert Rich, who is running for reelection as Justice for Town Justice Court; Brian Stiscia for Highway Superintendent; and Michelle Mosher for Town Clerk. Lisa Lindsley is an activist and financial expert running for Town Supervisor in Gardiner. She has been an active member of the skydiving community in Gardiner for more than twenty-five years and has been a full-time Town resident since 2013. Lisa holds an undergraduate degree from Georgetown University and an MBA from NYU. Lisa uses her 30 years of experience in finance and her MBA to support non-profit organizations through her consulting firm, KarmaKapital, based in her home in Gardiner. She is a founding member of the progressive group, Move Forward New York 19 and the Ulster Immigrant Defense Network. Lisa has also been an active member of the group opposing the development of wetlands adjacent to Shaft Road in Gardiner.

Lisa is passionate about parks, open space, and smart development for Gardiner, as well as professionalism and sound financial management for town government. She is looking forward to putting her business leadership savvy and 30 years of experience in finance to work for Gardiner.

David Dukler for Town Board Member David Dukler, a long-time Gardiner resident, is seeking election to his second term on the Gardiner Town Board. A social worker by training, David worked in the Arlington school District with both high school and elementary school students in his 21-year career there. His leadership experience is vast. He served on the New Paltz School Board for nine years, serving two years as Vice-president and two as President. He was on the Gardiner Library Board for four years, serving as President for three years. He has been on the Gardiner Town Board since 2013.

Some of David’s areas of focus have been the Rail Trail, serving as a liaison with the WVRTA and applying for grants to maintain the trail. He found a savings to the town of over $40,000 yearly by identifying a better health care plan for our retirees. He works closely with the Environmental Conservation commission and is liaison to the Town transfer station. Among his other efforts for the Town, David is concerned with improving the functioning of the variety of all-volunteer boards and commissions serving Gardiner.

Warren Wiegand for Town Board Member Warren Wiegand, a familiar face in Gardiner, is running this year for Town Board. Warren has lived in Gardiner for more than 30 years and has previously served two full terms as a Town Board member, his most recent stint ending in 2015. He holds a BA from Trinity College and an MBA from Columbia University. Before bringing his knowledge and experience to Gardiner, Warren spent 35 years as a marketing and banking executive and as owner of his own communications firm, which he sold in 2003.

A natural listener and practical problem-solver, Warren has many civic accomplishments. Preservation of the Hess and Kiernan farms, successful negotiations with the town’s union, instituting fiscal discipline to keep taxes down, raising money for building the Town Library, as well as engineering the sale of the old library building, are just a few of these. In 2014 Warren developed and executed a successful plan to get the actor Robert De Niro to reimburse $129,000 in legal fees the Town had spent defending a law suit brought by De Niro’s accounting firm. During his time out of public office, Warren has continued to serve, currently as a member of the Gardiner Planning Board. He is intensely interested in continuing his work on the Town’s behalf in the areas of sound financial management and infrastructure investment as well as smart development.