Some Background on this Endorsement

As you may have heard, our County Executive for the last decade, Mike Hein, recently accepted a new position as Commissioner of the New York State Office of Temporary Disability Assistance.  The GDC wishes Mike well in this critical new role in Governor Cuomo’s cabinet.  Although the County is in good hands temporarily with Hein’s long-time Chief-of-Staff, Adele Reiter stepping in as Acting Executive, a special election is required within 90 days of the Executive’s resignation to fill the position through the rest of Hein’s term, which was scheduled to go through the end of this year.

The date of the election will be announced shortly.  In the meantime, the parties must get to work nominating candidates for the special election.  The Ulster County Democratic Committee has called a nominating convention for Wednesday, February 20 where members of the various town committees will cast votes for the candidate of their choice. 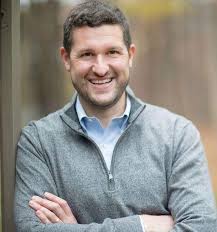 Three major candidates emerged on the Democratic side: Gardiner resident Pat Ryan, runner-up in the 2018 primary for Congress, Kingston small businesswoman, Pat Strong, who ran unsuccessfully for State Senate in the fall, and Marc Rider, one of Mike Hein’s lieutenants.  Rider dropped out last week and threw his support to Pat Ryan. Another candidate, former Woodstock Town Council member Jeff Moran is not expected to be a factor in the race.

At its monthly meeting on Wednesday, February 13, after hearing from both Pat Ryan and Pat Strong, the Gardiner Democratic Committee voted to endorse its fellow Gardinerite, Pat Ryan.  The GDC had endorsed and worked hard for Ryan in the congressional primary last summer.  But past allegiances were not the main reason for the committee’s support for Ryan.  Among the reasons cited by GDC Chair, Mike Kruglinski were the following:

His Stance on the Issues:  Pat has a strong vision for the future of Ulster County, including creating a countywide Green New Deal, fighting to continue Mike Hein’s efforts in reforming our justice system to be as fair as it can possibly be, working closely with our new Sheriff, Juan Figueroa, promoting economic development that benefits all Ulster County residents, and opposing the disastrous policies of the Trump administration.

His Record of Service: Pat is a fifth-generation resident of Ulster County who has made service a top priority in his life.  His mom was a public school teacher and his dad a small businessman and community leader. They taught him that serving his country and community was of paramount importance.  After graduating from Kingston High School, Pat went on to West Point and served two combat tours in Iraq.

His Executive Experience:  After leaving the military, Pat founded a small technology company, which he grew to over 150 employees.  As an executive, Pat managed a $25 million budget and worked to build partnerships with government and nonprofit organizations. He created a jobs training program for veterans without college degrees, equipping them with tech skills to ensure they had high-paying jobs.  So, Pat Ryan has strong executive leadership experience at large bureaucratic organizations, including as an officer in the U.S. Army, that is directly applicable to running a public sector organization like Ulster County.

His Strong Support of Unions:  Pat’s mom, Patti, was a public-school teacher at Chambers Elementary in Kingston and a union member who taught him the importance of organized labor to America’s working people.  In business, he implemented progressive employer policies like paid family leave.  The day after Pat received the GDC endorsement, he learned that he was also endorsed by the Upper Hudson Central Labor Council, which represents 30,000 union members in Ulster, Columbia, and Greene Counties.  Ulster County government has a strong unionized workforce with whom Pat will work closely and cooperatively to maximize the services delivered to county residents while improving Ulster County as a public employer.  He is a strong leader who prioritizes teamwork.

“All things considered,” says GDC Chair Kruglinski, “Pat is the best person for the job of Ulster County Executive.”