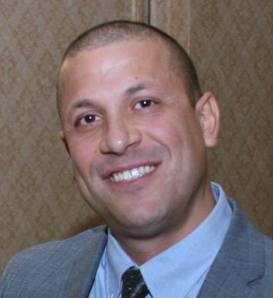 Franco Carucci has over 20 years of experience in the healthcare industry with a focus on project management, process improvement and efficiency, and change management.  He is Gardiner homeowner and full-time resident.  Passionate about the environment, Franco is a founding member of the Climate Smart Gardiner Task Force and has led several initiatives including Solarize Gardiner, the annual Wallkill Riverkeeper Sweep, and Trees for Tributaries.

Franco is also a founding member of the civic action group Move Forward New York and the leader of the group’s environmental committee, bringing climate and environmental education to the community and leading several Move Forward projects including Adopt-A-Highway.

After an application process and candidate interviews, on May 14, 2019 the Gardiner Town Board unanimously appointed Franco to the unexpired term of board member Mike Reynolds, who had resigned earlier in the year.  He is now running for a full four-year term on the Town Board.

Since his appointment to the Town Board, Franco has worked on issues pertaining to tourism-related land use, notably for recreational camping within Gardiner as well as climate change related legislation. Specifically, he has written and promoted legislation to allow Community Choice Aggregation (CCA), which allows residents and businesses of Gardiner to receive their electricity from green, renewable energy sources while also saving money!