Dave Clegg is running for Ulster County District Attorney this fall. Dave is a respected trial attorney and long-time human rights advocate who began his public service career as a clerk for the 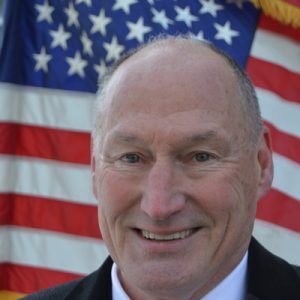 NAACP Legal Defense Fund where he worked on appeals before the U.S. Supreme Court challenging the death penalty.

After finishing law school in 1977, Dave joined Volunteers in Service to America (VISTA) where he represented the Lakota Sioux Community in Nebraska and South Dakota. Dave provided representation in both criminal and civil cases. He challenged the disproportionate application of the habitual criminal statute against Native Americans, won numerous criminal trials, and several landmark civil rights cases.

At the age of 27, Dave became the senior litigation attorney at Western Nebraska Legal Services where he won important impact cases including a landmark Native American Rights Case, Hawkman vs. Parratt, which established standards for the effective assistance of counsel in criminal cases involving Native Americans.

In 1982, Dave returned to the Hudson Valley with his wife Karen to raise his family and to establish a private law practice in Kingston, New York.

Over the past decades, Dave’s legal advocacy has changed the direction of thousands of lives for the better. He has defended many individuals who have been seriously harmed by corporate predatory practices and misconduct.

Dave is recognized as a Fellow by the American Association For Justice, the national trial lawyers association, and has completed the Ultimate Trial Advocacy course at Harvard Law School, a program reserved for only the most accomplished trial attorneys.

Dave served for nine years as a part-time Ulster County Assistant Public Defender in our criminal and civil courts, representing individuals who could not afford to hire an attorney. Dave won every jury trial he tried as a Public Defender. Throughout his legal career, Dave has forcefully advocated for rehabilitative approaches to nonviolent crimes and worked to help clients with addictions to heroin and other street drugs get treatment instead of jail time.

As the chairperson of the Ulster County Human Rights Commission, Dave works to stop the school-to-prison pipeline and to defend the rights of immigrants and the civil liberties of the LGBTQ community.

Dave will bring the same compassion and community dedication to the Office of the District Attorney.

Dave believes that “tough on crime” has failed and it is time to be “smart on crime.”  Overzealous prosecutors have driven mass incarceration. Nationwide, over-prosecuted communities have suffered social and economic deterioration, perpetuating a cycle of poverty and crime. Vast amounts of money spent arresting and confining citizens could be better invested—on youth programs, drug counseling, and community policing.

The District Attorney has the power to create restorative pathways for individuals—especially kids, veterans and those suffering from addiction—to programs designed to help rehabilitate them rather than simply locking them up. By offering diversion to nonviolent offenders we save millions of tax dollars—and give wounded families an opportunity to begin to heal and rebuild their lives.

Dave is running a traditional “tough on crime” opponent, who advocates locking more people up as the only real solution to crime.  Let’s elect Dave.